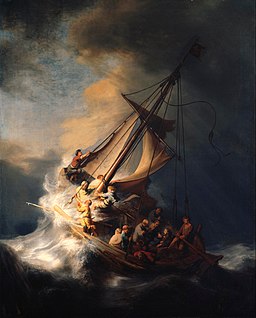 Thirteen pieces of priceless art went missing in the dead of night and they have not been seen since.

The Isabella Stewart Gardner Museum in Boston, Massachusetts was robbed in the early morning hours on March 18, 1990, by two men dressed as uniform policemen. They escaped with 13 pieces, including Rembrandt’s Storm on the Sea of Galilee. None of the artwork has been recovered in over 25 years. The museum is offering a five-million-dollar reward for its safe return.

Special Agent Grace Cavanaugh, a 15-year veteran with the FBI, is transferred to DC and promoted to Supervisor of the Art Crime team. Within months, she is convinced that she and her team have solved the Bureau’s No. 1 unsolved Art Crime and she hopes to finally bring the Gardner’s Art home. The only catch–she must stop the priceless collection from leaving DC, disappearing to Seattle, Washington where Damion Petkovic, a Russian mobster, waits on an outbound freighter. Just as she is closing in, she is suspended from duty for being romantically linked to a confidential informant of a rival agent. Grace goes undercover to prove her innocence and stop the art from disappearing. If she fails, not only will she lose her career, the Gardner’s Art will be lost forever.